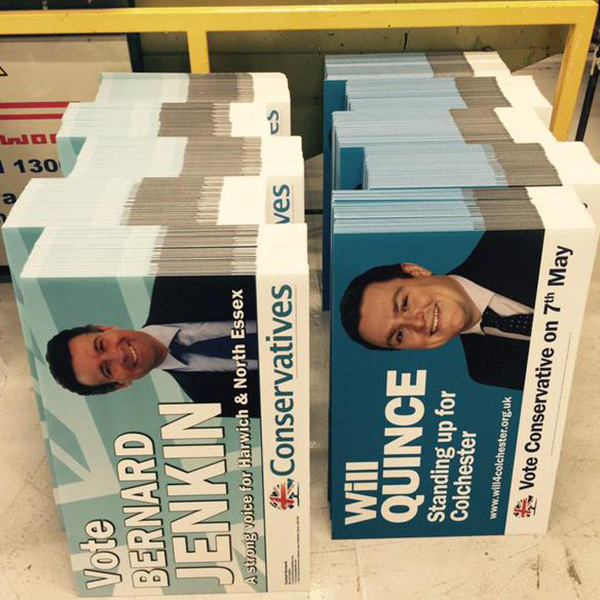 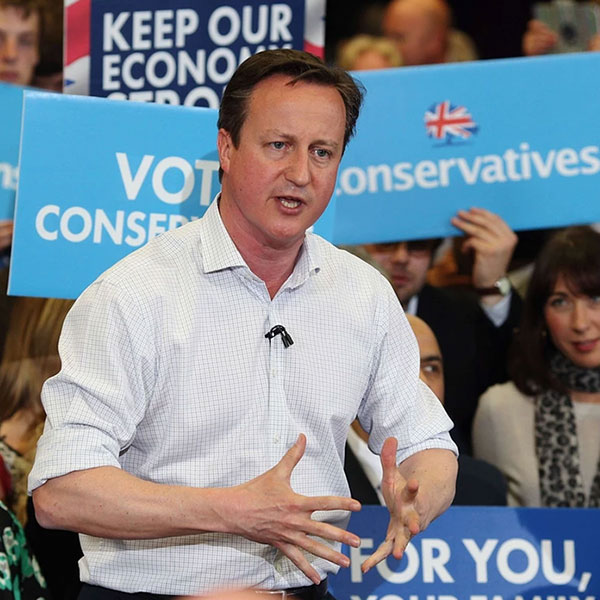 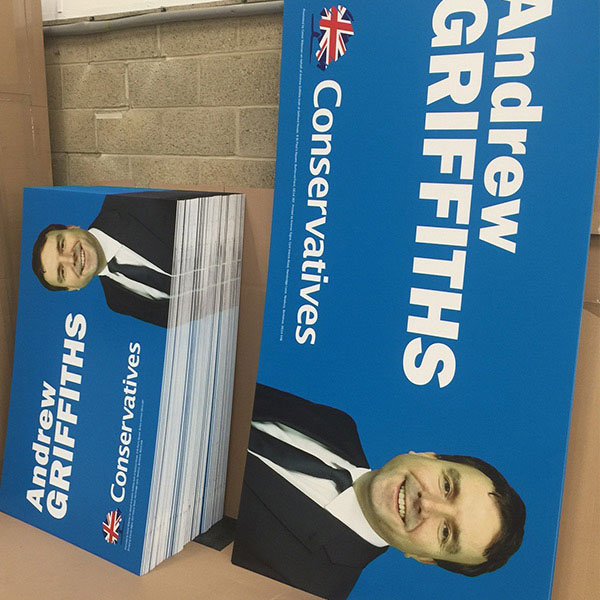 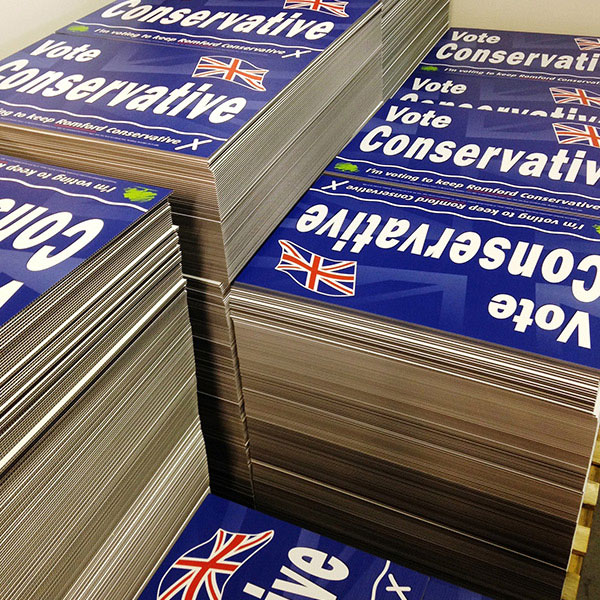 Kremer Signs have been the main signage supplier to the Conservative Party for the past two General Elections in 2011 and 2015 and the majority of by-elections in between and as a result have earned a reputation second-to-none.

Over the years we’ve worked on many campaigns with agents, associations, MPs, MEPs, PPCs, councillors, party members, candidates, workers and supporters. Providing a one stop shop for all of the parties election signage needs, from London to Glasgow.

For the 2015 general election we supplied over 100,000 election signs ranging from small garden boards, through to large 8x4ft commercial signage for roadside to motorway purposes. We have also supplied David Cameron for his own signage in his constituency of Witney.

With our large manufacturing capacity working 24/7 from our 3 production facilities nationwide we were able to for fill tight deadlines for the constituency’s signage, and any top ups that were required in the lead up to the election date.

Back to Case Studies